A New Airport for Stanislaus County

The Landing will include a new public-use airport to complement the needs of its tenants, serve regional businesses, and support aviation in Stanislaus County and the Central Valley. Using the new Crows Landing Airport, aviators and travelers will be able to reach the San Francisco Bay Area in under 15 minutes!

The County Board of Supervisors adopted an Airport Layout Plan (ALP) for the new 370-acre Crows Landing Airport in 2018. The ALP is presented as an appendix to the Specific Plan, which includes policies to make sure that proposed development will be compatible with airport operations and future airport facilities. The ALP envisions the following facilities:

To provide optimal flexibility, the airport will be sized and equipped to accommodate small- to medium-sized air cargo/air freight feeder aircraft, such as the Cessna Caravan, Beech 99, and Lear jet, retrofitted twin-turboprop commuter aircraft, etc. (The use of large air cargo aircraft is not considered.)

The County has also prepared an Airport Land Use Compatibility Plan (ALUCP), which is required by the State Aeronautics Act. The purpose of an ALUCP is “to protect health safety, and welfare by ensuring the orderly expansion of airports and the adoption of land use measures that minimize the public’s exposure to excessive noise and safety hazards within areas around public airports to the extent that these areas are not already devoted to incompatible uses.”

The ALUCP identifies appropriate setbacks, height restrictions, and overflight patterns that must be considered when designing and development of on-site and nearby facilities. The policies associated with safe aircraft operation and the development of other Landing uses have been incorporated in the Crows Landing Specific Plan, which includes design guidance to optimize site development and streamline approvals. The ALP, ALUCP and CLIBP Specific Plan will be considered during a single environmental permitting effort to promote project consistency and to ready the site for development.

The County plans to open the new Crows Landing Airport during Phase 1B, following the receipt of necessary permits. The County will initiate the phased airport improvements identified in its airport layout plan over a 20-year timeframe--or sooner based on demand. 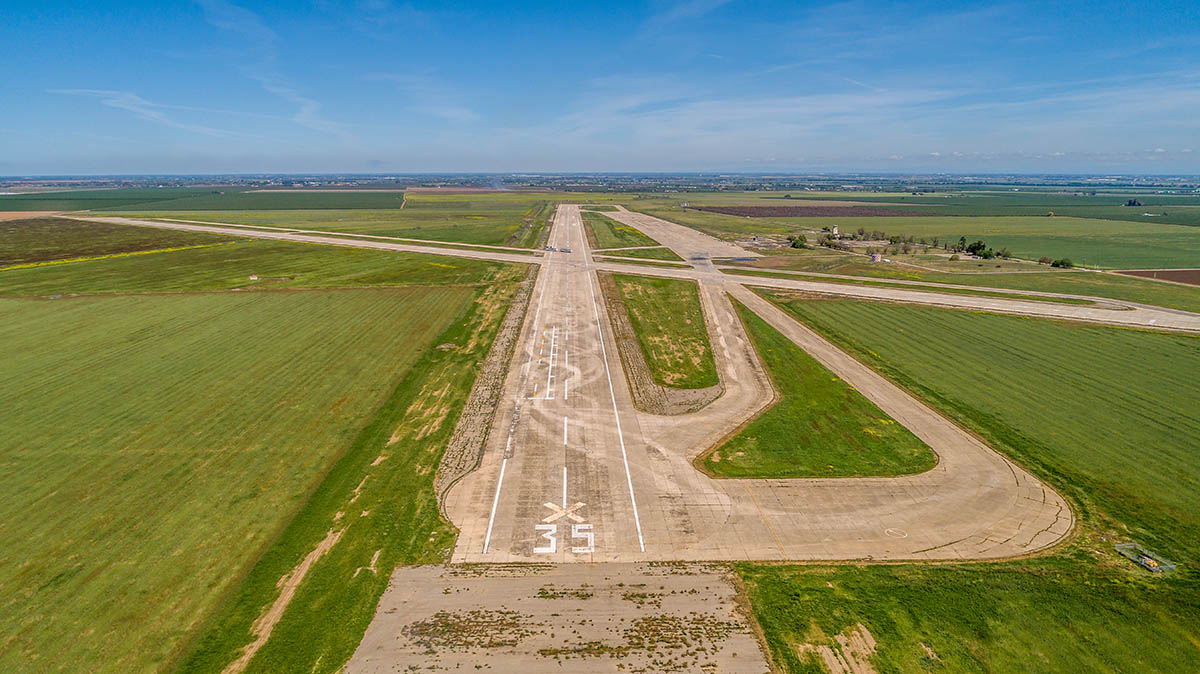